Back to life, back to reality..

The reason being that I managed to pretty well knacker up my knee joint for a variety of reasons, which meant 6 weeks out from any running or walking any more than a mile or so.. But on the positive side I did get to spend a lot of time with The Mrs, who wondered who I was at first. That's the joys of being an Ultra Widow.

In my usual style I decided to jump back in with both feet and start off with the Keswick to Barrow, a 38 mile mass walk with a few runners. Bit like a road LDWA event for 3,500 people.

I was running for Alices Escapes and this was a had-to-do as I had DNS’d last year's event. There was a fair bit of banter on the FB group as the women's team won and broke the record last year, and I was part of the first men's running team. Lads v Lasses. An inspiring run from the whole ladies team saw the A team win again this year and take another hour off the record, the B team came second, we blokes ambled in for second mens and myself 3rd position in “Team Alice Real Men Wear Purple” with 6:45.. we have a long, long way to catch those ladies. They're faaaaaast !

Due to the time out, I've had to push the JOGLE attempt back to late August. In fairness while trying to keep the pie-eating to a minimum I've lost a lot more fitness that I thought, and there's no way I could run two consecutive 60 mile days at the moment, never mind the 14 I'm aiming for. So at least this gives me 14 weeks to get back to fitness.

During the downtime I’ve been tracking a few other JOGLErs with their attempts and progress:
Gavin Felton had to bail on his supported WR attempt due to a kamikaze lorry but “He’ll be back”
Marc Wallace gave it a real try unsupported (carrying everything he’d need except water), which due to injury he changed to self-support. Unfortunately the injury continued to worsen and he had to bail last week.
John Price is currently enjoying the trip down having had to bail on last year’s attempt, and is going strong.
Andy Hind starts self-supported on 26-May
Tom Milton is (I think) going unsupported on 19-Jul.
Just when you thought you were doing something unique.. 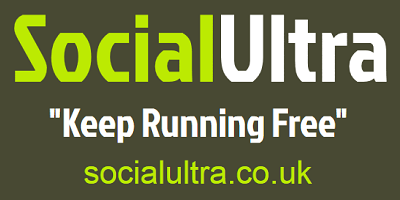 As the Devil makes work for injured runners I put a bit of work into SocialUltra with assistance from Chris Mills. It’s a simple idea. Group of ultra runners, plan a route, meet, run, eat cake & be social. There have been a few posts about it, and even a piece in Ultra Tales (p.186) So far we have had 19 events with 120 runners taking part, 800 members on the Facebook site and have just set up a Strava group.

So stick on yer trail shoes, find an event near you and come for a Social.